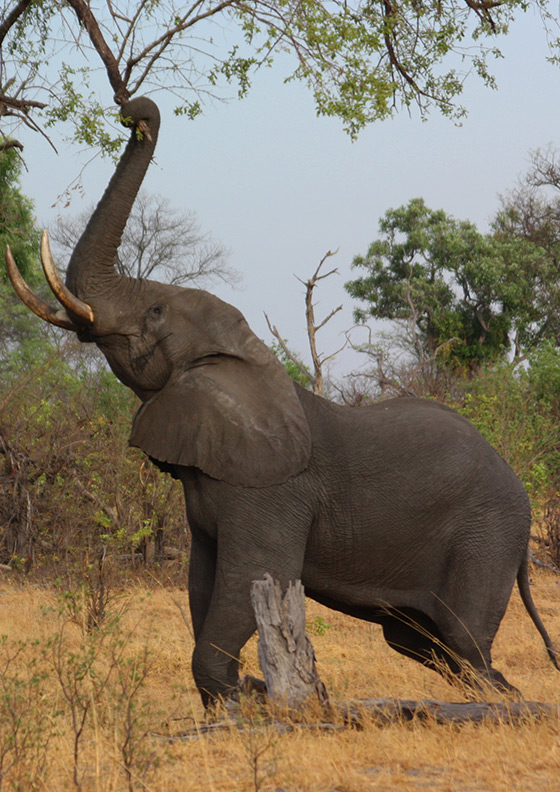 Shelanti is so excited to share with you, the story of two elephant bulls that were in a desperate need of help. We are honoured to be in a position to come to the rescue of these bulls. Most likely they are just young bulls roaming to their natural ways, but this is getting hard with fences and borders that they do not know or respect.

In May 2019 news came about of Elephant bull’s that were wondering about on farms in the Marken area, Limpopo. Elephant are being pressured out of their habitat and especially in Botswana these remarkable animals are running out of empty spaces.
Together with their natural instinct to migrate got them in trouble with humans very quickly. Elephants are currently one of the most persecuted animal species because of their Ivory. There could be so many reasons for the escape of these four Elephants.

News spread like wildfire of the escapee’s movements and emergency radio channels were busy reporting on their journey. Pretty soon they came to a halt near the little town of Marken in Limpopo, with some caring and some not so caring people in the bushveld. Shelanti Game Reserve who are already in possession of a small herd of Elephant took a sympathetic stance on the plight of these young bulls. We got into contact with Nature Conservation to see if they could intervene or help in some way. No response came from authorities leaving no option to the farmers in the area who applied for destruction permits for these remarkable creatures. Eventually they wondered onto a sympathetic farmers property who also showed restraint and wanted to help the two young bulls. The bulls were in an 600ha camp and realized that persecution stopped giving them welcome relief. Shelanti approached the land owner to see if there was any way we might help in some way. The land owner who was already in position of a culling or destruction permit for these bulls was glad to hear that there might be some way the bulls could be helped. Shelanti’s management applied to Nature Conservation for permits to bring the bulls to the Reserve. After an arduous process and hundreds of phone calls and explaining the permits was given to help the bulls

On 13th August 2019 the capture assumed with Dr Douw Grobler at the helm and Shelanti’s ground team. The bulls were immobilized and transported to the holding bomas at Shelanti Game Reserve. We are glad to report that the process went smoothly and under two hours of immobilisation the bulls were woken up on their new home. The boma was their home for 48hours giving them time to recuperate from any drug influence that might have any detrimental effect on their wellbeing in their new surroundings. They took to freedom very quickly and wondered the Reserve for two days until they met up with the family herd. The one bull received a radio collar so their movements could be monitored. The matriarchal cow of the family herd is also collard making it easy keeping an eye on them and their movements.

We are excited to report that they are all doing well and look extremely happy in their new surroundings. They are under the eyes of people that really cares about them and the overall wellbeing of elephants as a whole. We firmly believe that we at Shelanti are only caretakers or guardians over these heavily persecuted animals.

You can find out more about which cookies we are using or switch them off in settings.

This website uses cookies so that we can provide you with the best user experience possible. Cookie information is stored in your browser and performs functions such as recognising you when you return to our website and helping our team to understand which sections of the website you find most interesting and useful.

Strictly Necessary Cookie should be enabled at all times so that we can save your preferences for cookie settings.

If you disable this cookie, we will not be able to save your preferences. This means that every time you visit this website you will need to enable or disable cookies again.